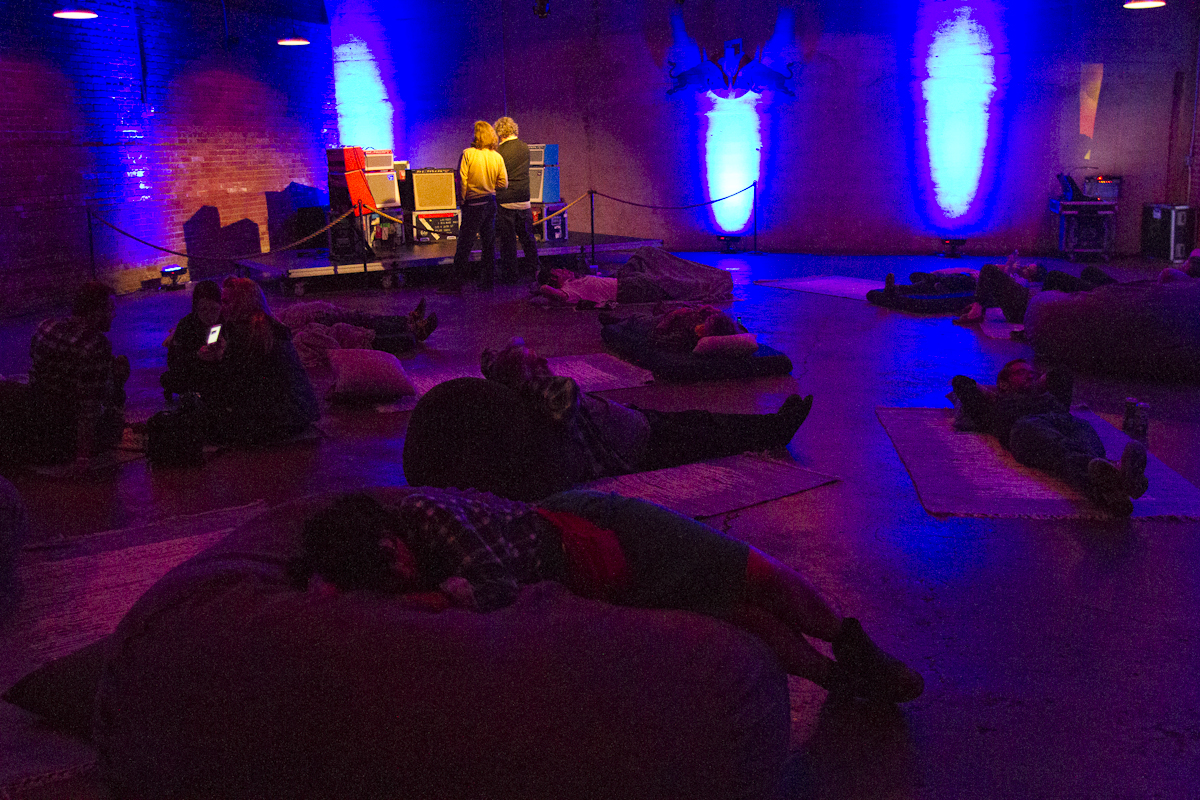 You don’t always have to travel to some far-flung destination to experience something new and adventurous. Sometimes those experiences find you, and this past weekend was one of those times. The Big Ears Festival transformed downtown Knoxville into an otherworldly soundscape.

I have moonlighted some over the years as an occasional music writer, but that’s not really my forte. And when it comes to articulating the nuances of such an open-ended concept as Big Ears I’m quite completely out of my element. I’ve long been a connoisseur of particularly shitty music (think punk rock and gangster rap) and often bungle the pronunciation of things like “cello” on first try — I know how to say it, dammit, but my mind can’t work past its spelling — and I often fail to grasp what exactly attracts so many people to this genre or the other. Or, in this case, a collection of music and artists hard to classify at all.

If I were to take on a serious review of Big Ears, which just wrapped a four-day run on Sunday, April 3, it would go something like this post on the Knoxville Music Warehouse blog. Much like the account given by “Blake Donahue — Merch Guy” I was sucked into this festival in an official capacity, but I had no idea what to expect. I went in with open ears and an open mind. And a camera.

I spent the better part of three days bouncing between venues scattered around downtown Knoxville, wandering the same streets I often zip through callously by bike, and catching snippets of shows while snapping photos of the musical mayhem (without the music, of course, because that’s a little harder to picture). By the end I had come to appreciate the experience and diversity Big Ears had offered the town (diversity in music, not so much in audience) and I felt wiser for having slogged through the crowds to soak it all in. I even brought back a few frames of photos from the mix, most all of which are featured online at www.knoxmercury.com in photo galleries from Day 1, Day 2, and Day 3. Unfortunately I missed the Day 4 finale, a percussion piece by John Luther Adams staged at the Ijams Nature Center.

Here are some of my personal favorites: