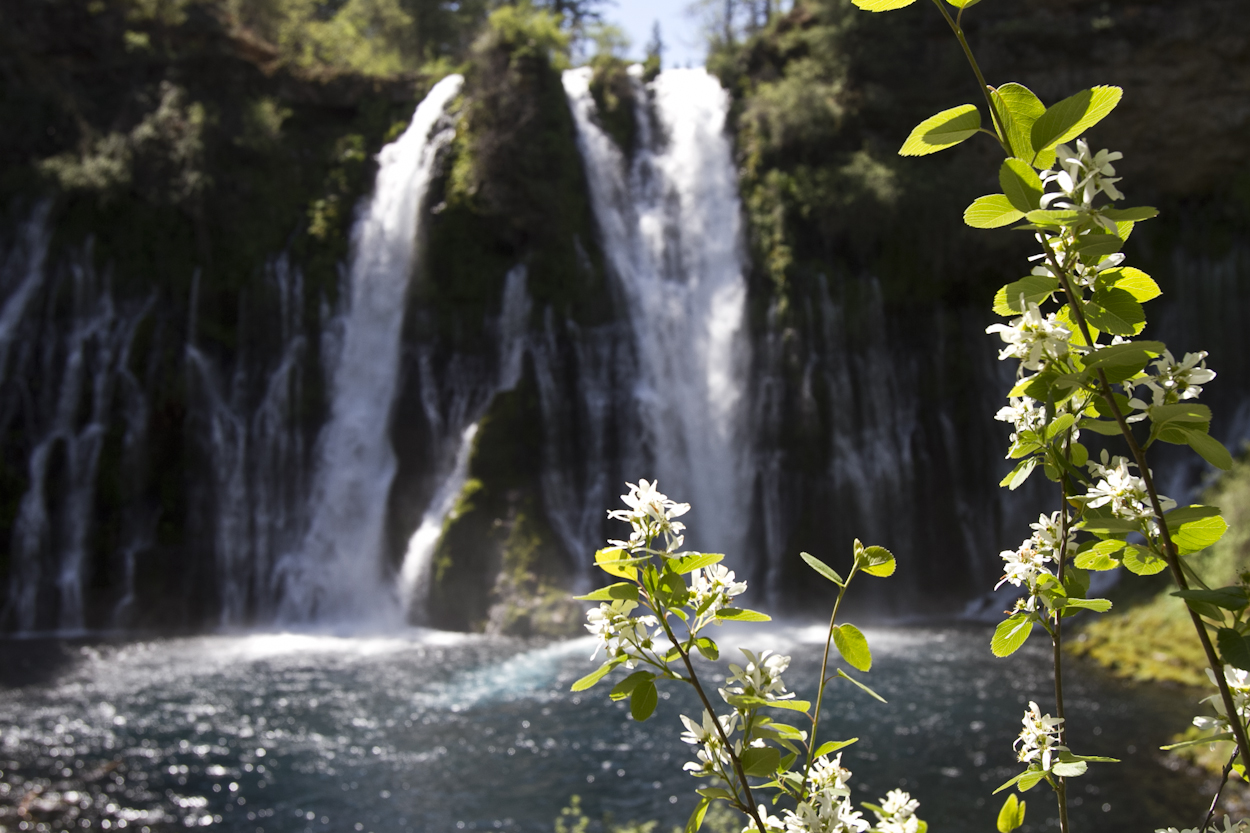 My wife and I are moving to Tennessee in two weeks. More on that soon, but before we truck our stuff back out of Northern California we knew we had to have one last hurrah with some close friends out of Reno. So Friday night after work we headed for Burney Falls. It’s a place President Theodore Roosevelt once called “the Eighth Wonder of the World,” and I can see why. 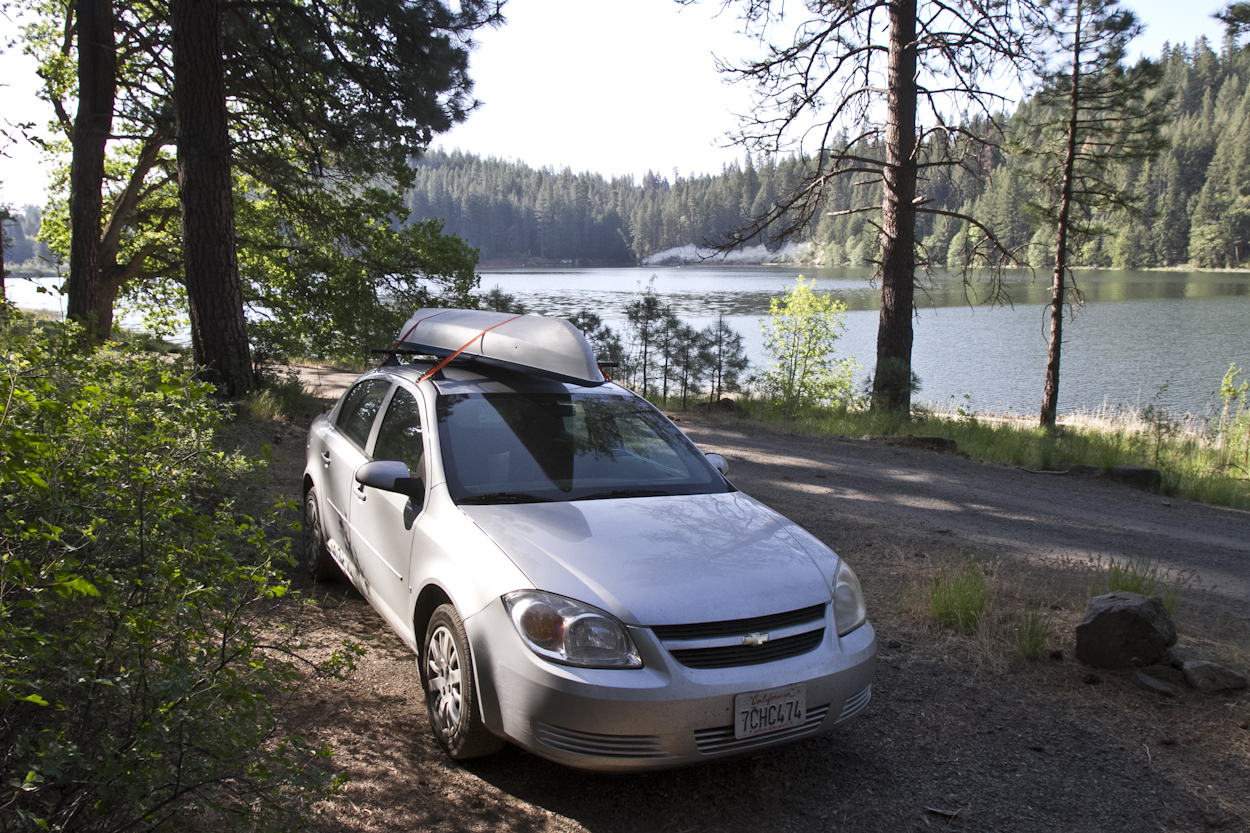 Pacific Gas and Electric runs a few camps up on Lake Britton, a reservoir about 50 miles northeast of Redding near the town of Burney. I’m not sure why a power company is developing campsites, but PG&E has a nice one on the lake at the mouth of Hat Creek, plus a couple dozen more around the state I can’t vouch for. If you’re looking for developed campsites that are easy on the pocket book, check out recreation.pge.com. 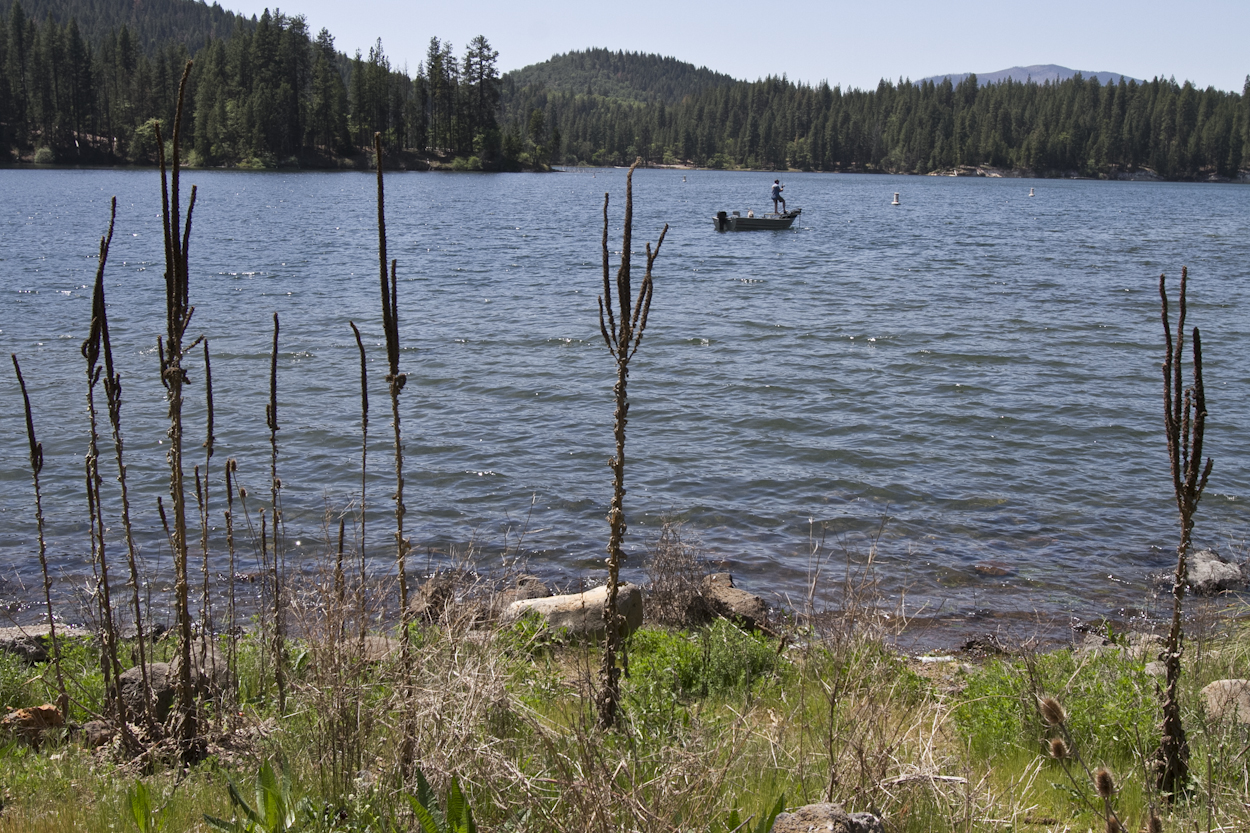 We thought about pitching tent at one of the dozens of campsites in the McArthur-Burney Falls Memorial State Park, but cramming in 10 feet from the next group of campers really isn’t our idea of a scenic getaway. Plus from what I could tell trying to make reservations online campsites in the park cost $35 a night, and that just wasn’t happening for us. Entrance into the state park is $8 per vehicle. But there is a convenient store there, and that’s something worth keeping in mind since there are no other services within a 10+ mile radius (that I know of at least).

At PG&E’s Dusty Campground there are only seven campsites. We were lucky enough to grab the last one available when we came scooting in around 7 p.m. Friday night. Sites are $8 a night, plus $5 for each extra car and $2 a night for pets. For a two-night stay, pup and an added car included, it cost us $30. 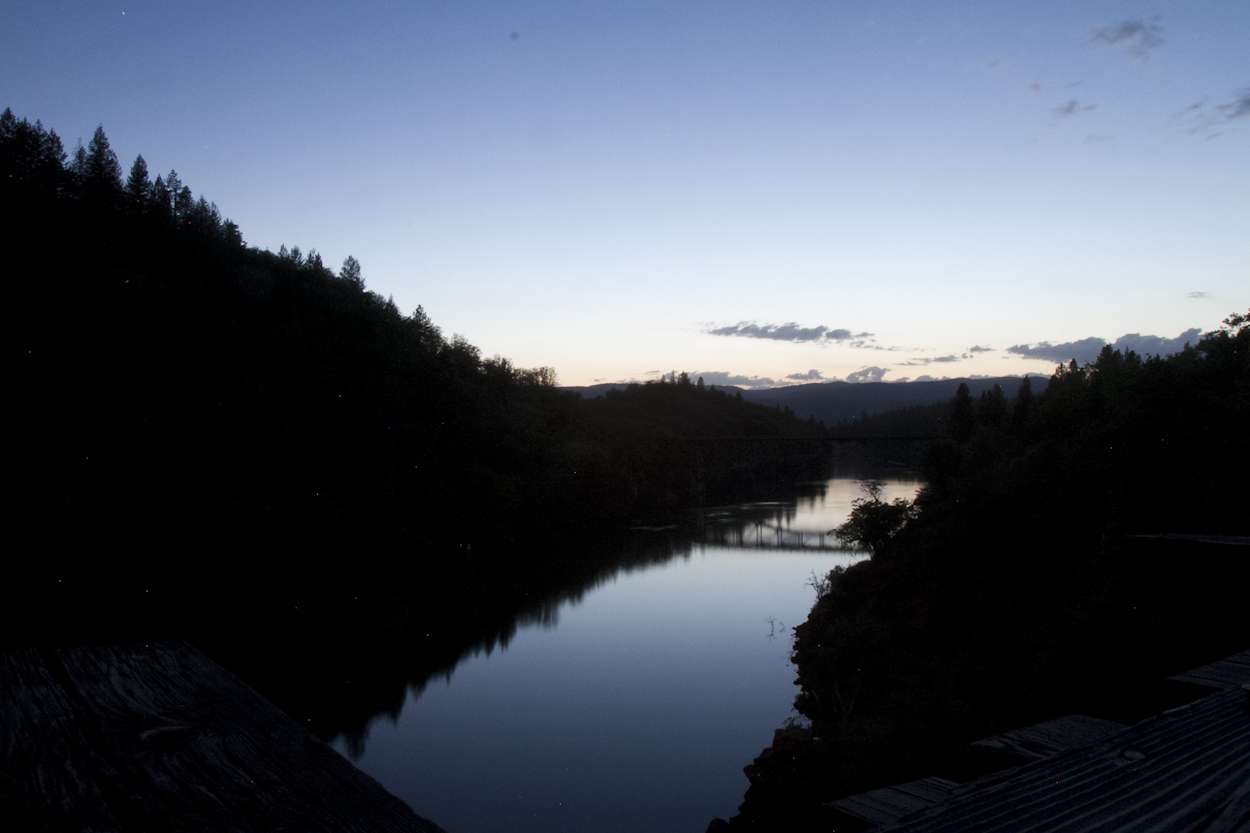 Situated just off Highway 89 at the mouth of Hat Creek on Lake Britton, we started setting up camp Friday night as the sun dipped behind the hillside and a fog rolled across the lake in front of an abandoned train trestle. Good timing. The campground has a pair of outhouses, a picnic table at each site, and a fresh water pump (which was still winterized and unusable the first week of May). Our tents were about 50 feet from the water’s edge with a nice little path just for us leading down from the camping area. 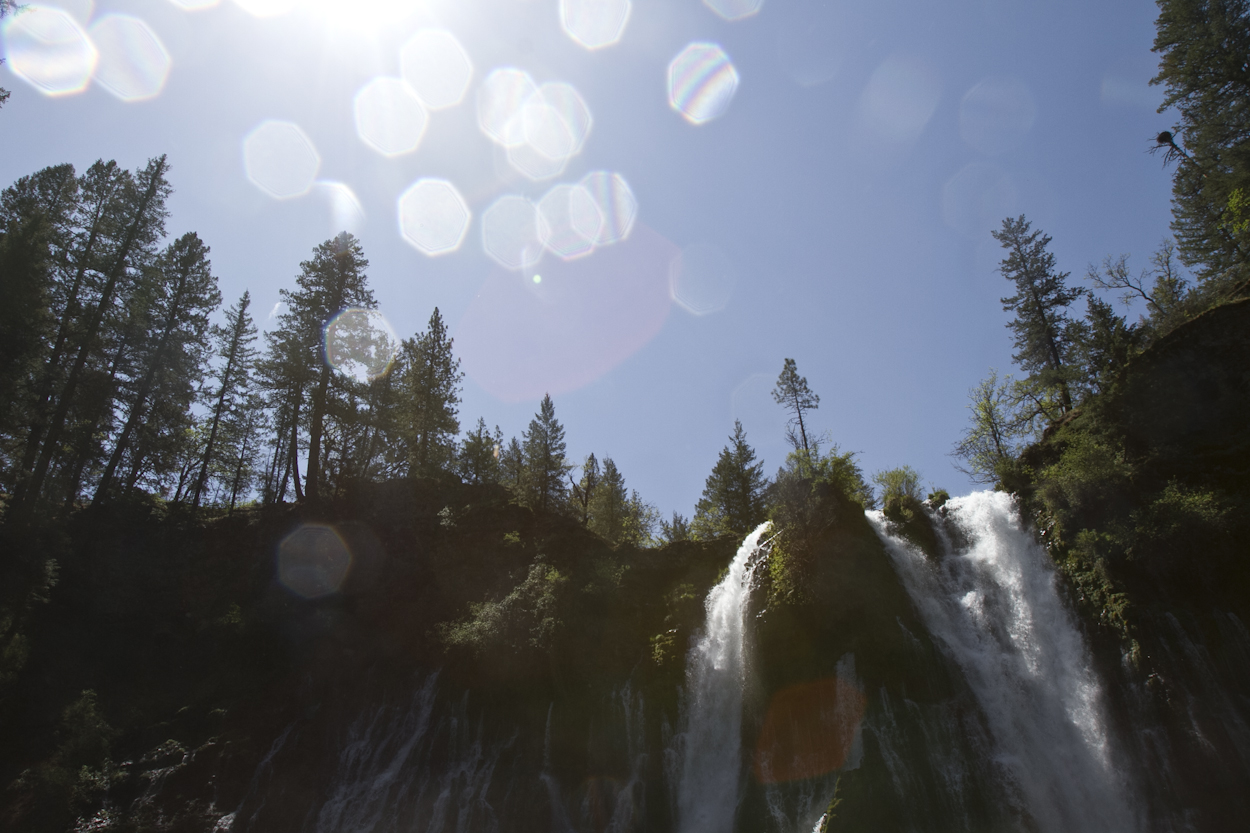 Burney Falls itself is simply breath-taking. I could spend hours on a hot summer day sitting at the base of the 129-foot falls just letting the mist rain down and listening to the water roar. An overlook for the falls is only about 200 feet from the first parking lot in McArthur-Burney Falls Memorial State Park making this natural wonder one of the most accessible I’ve visited. 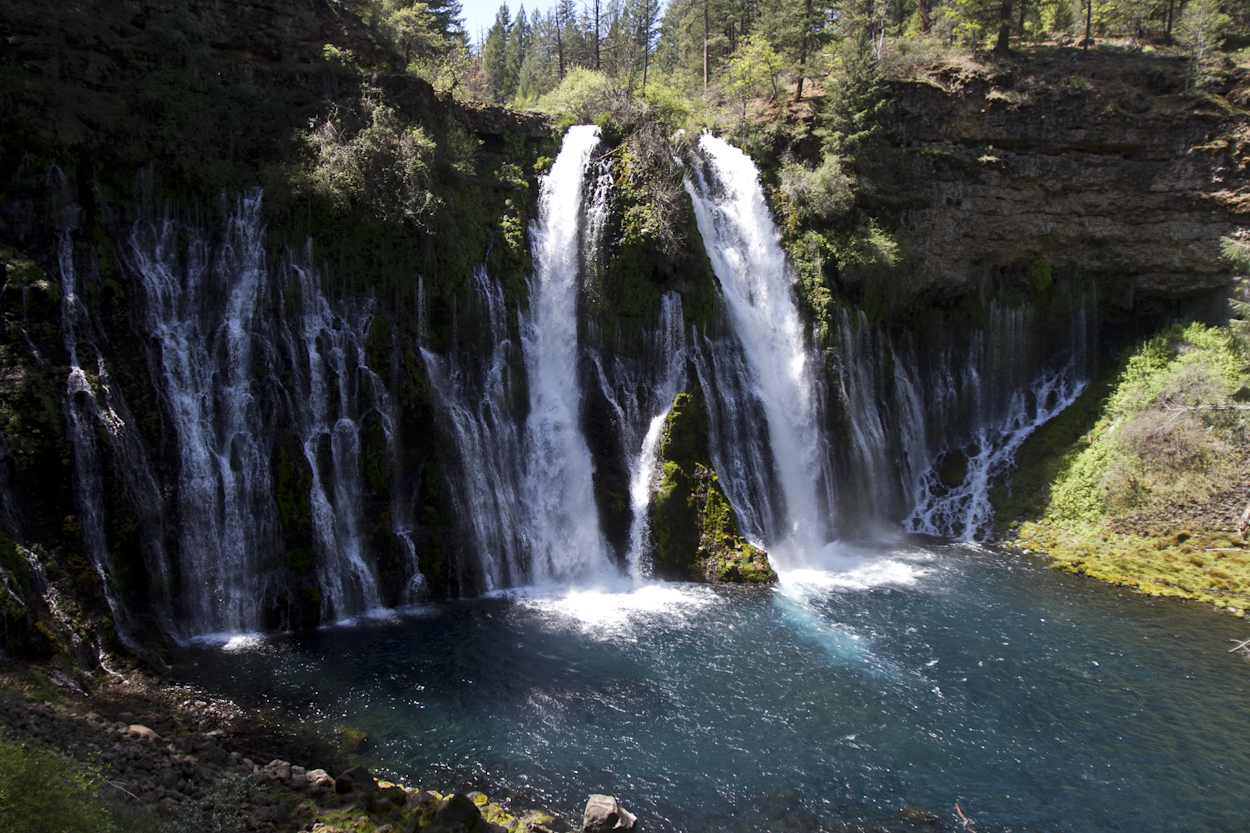 There’s a 0.3-mile path, from what the sign says, leading down the edge of the gorge to the base of the waterfall. The zigzag path to the bottom offers peppered glimpses of the moss-laden waterfall and turquoise pool at its base. The hardest part is hiking back up the same route, but if you’re up for a stroll there’s a trail leading along the river to Lake Britton that circles back to the general store and parking areas. The Pacific Crest Trail passes through the area, and Lake Britton is renown for its trout and bass fishing (we didn’t test our luck this trip). 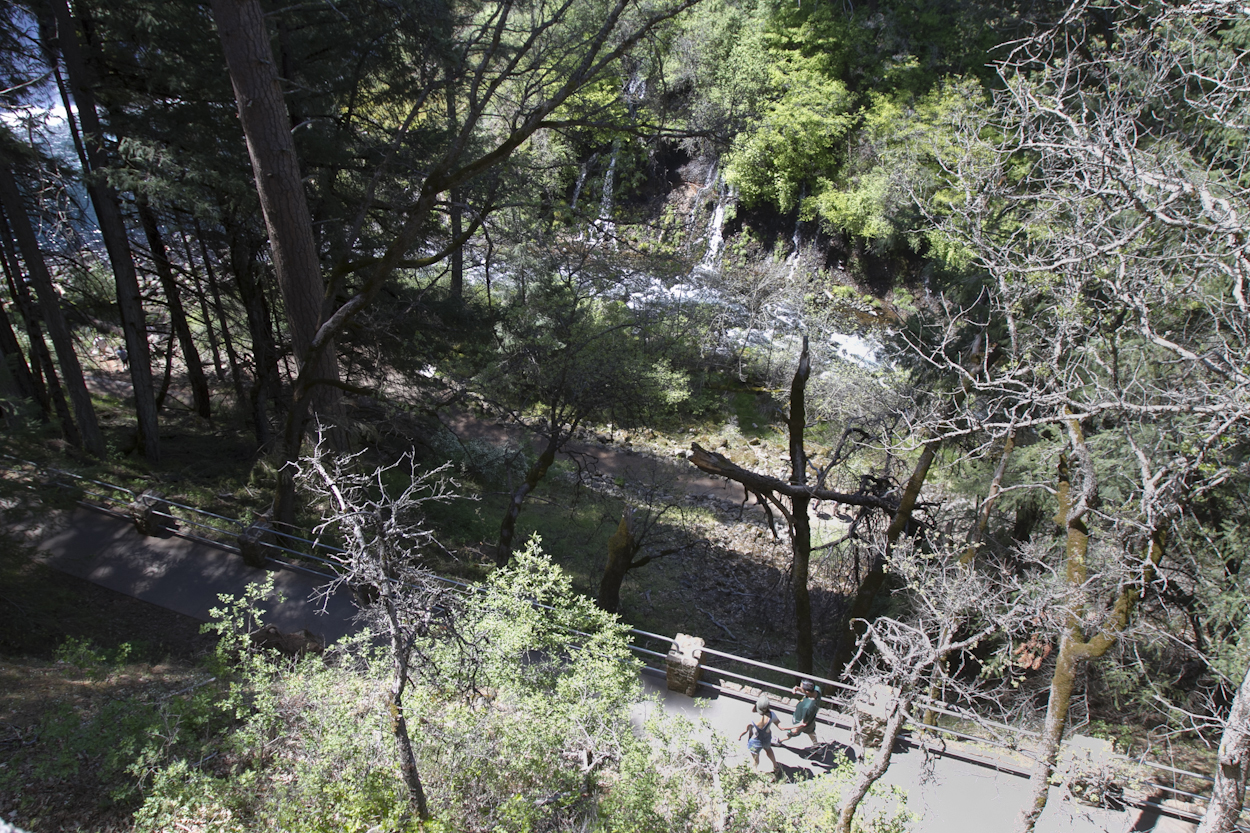 One of the nicest surprises of the trip came on a short hike we took up a wide trail leading up the hill behind our campgrounds. As you wrap around the hillside a series of caves appear cut into the crumbling hillside made mostly of what I would later learn is diatomaceous earth, a very soft and chalky rock that crumbles into a fine powder when touched. There were footprints disappearing into the darkness of one of the caves that was about four feet tall and eight feet wide near its mouth. I’m all for adventure, but trekking into a dark hole beneath thousands of tons of crumbling rock isn’t my idea of good time. But my buddy Jimmy tried and lived to tell the tale. 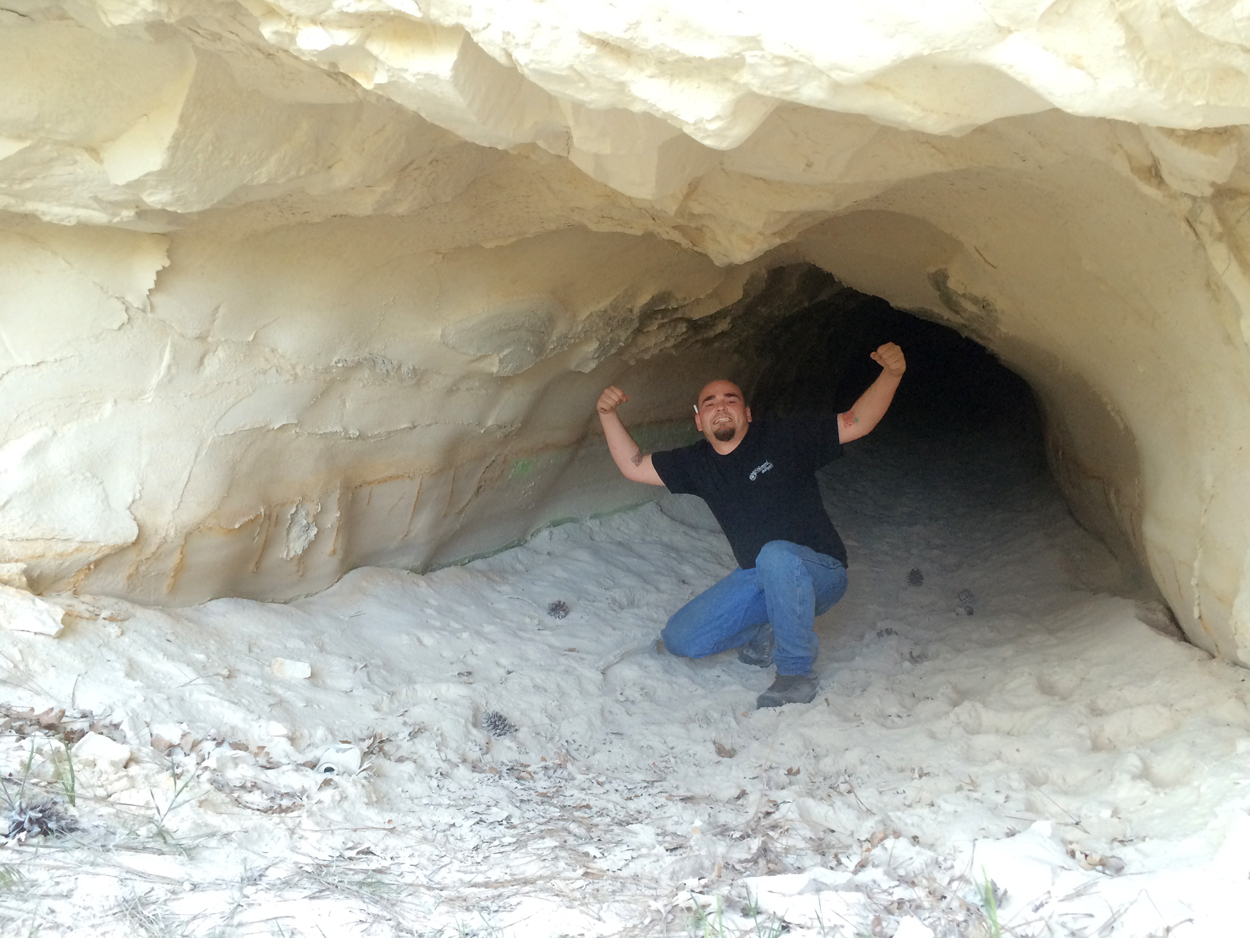 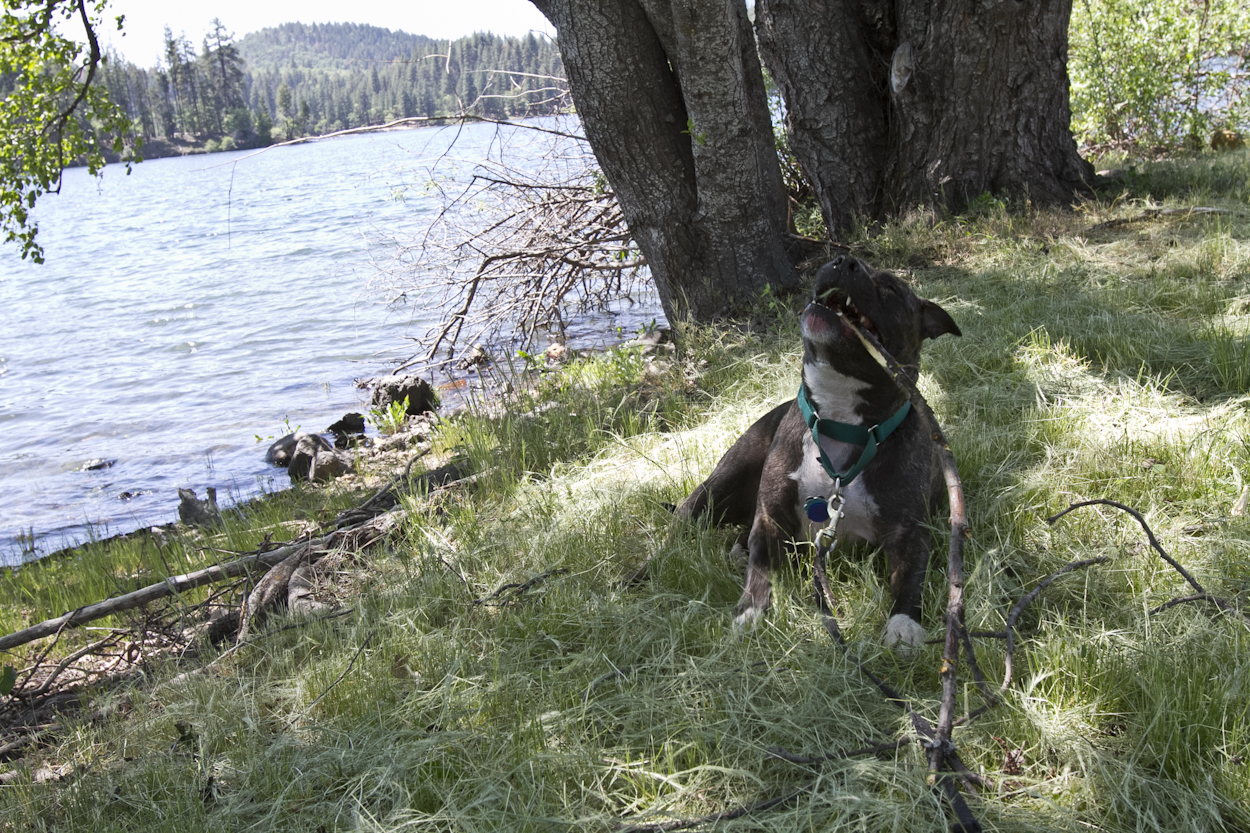