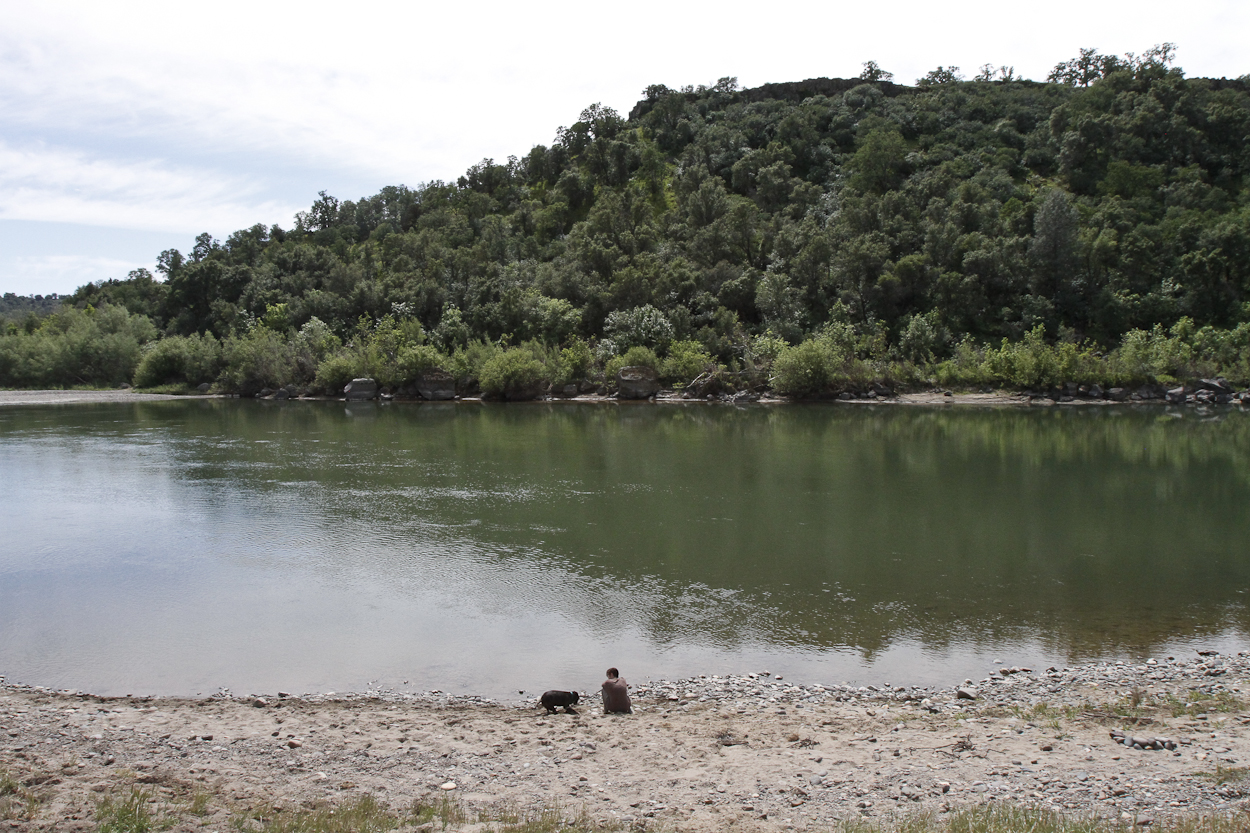 It’s finally started feeling a bit like winter here in Northern California, and it only took until April to get here. Recent storms left a smattering of snow on mountain peaks around the North Valley and brought in a wave of cooler temperatures.

Hoping not to freeze our asses off overnight, wifey and I turned to the valley floor for a weekend hike-in get away. (Ok, I consider it a get away, she considers it a long walk that will keep the hubs happy and hopefully amount to some quality time. I can live with that.) 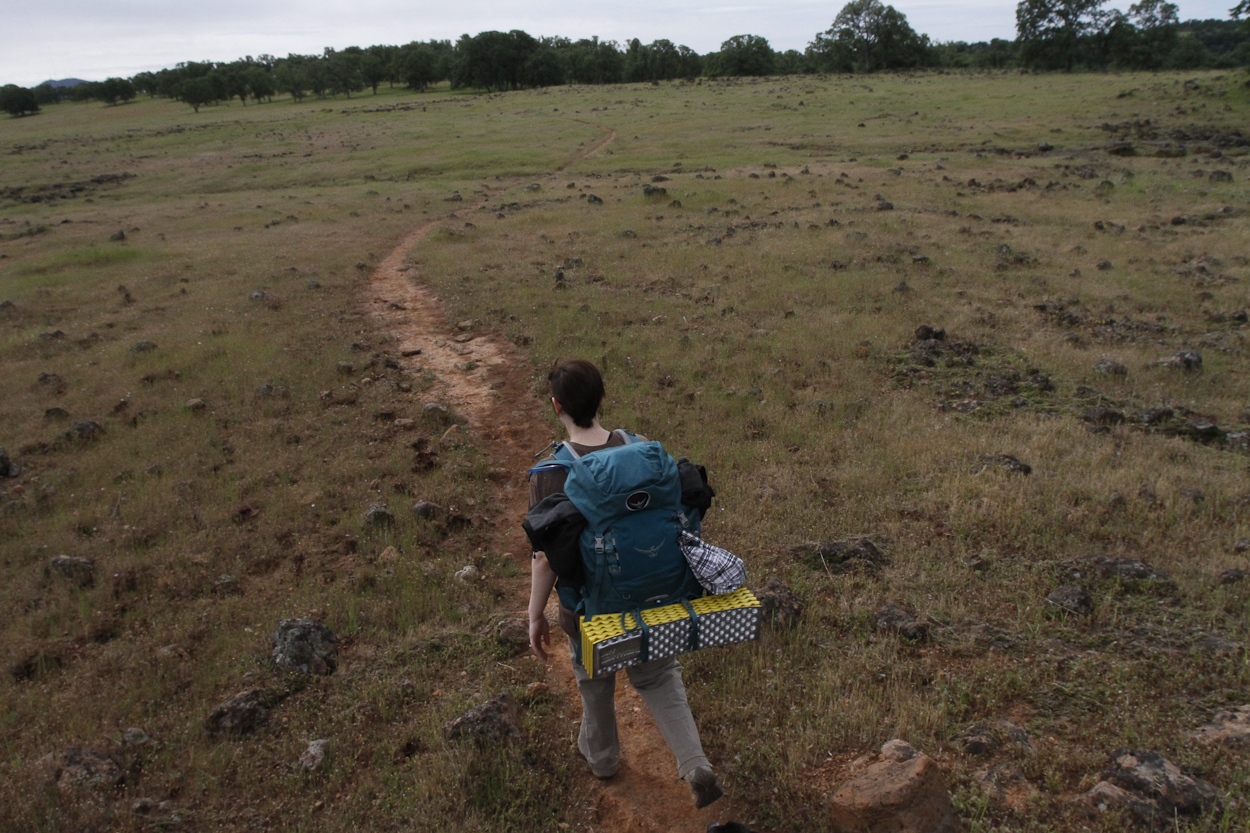 The Bureau of Land Management has a swath of land that flanks the Sacramento River near Red Bluff, so we decided to give it a go. There’s only one place you can actually (legally) camp in the Sacramento River Bend Outstanding Natural Area and it’s called Massacre Flat, a primitive campground (with outhouse!) about 4.5 miles in from the nearest trailhead at Jellys Ferry (see inset A on this map).

From Redding it was less than a 30 minute ride to hit the Jellys Ferry trailhead . There were 3 other vehicles in the parking lot when we arrived Saturday morning: two dually pickup trucks and a van with “Simpson University Outdoor Leadership” scrawled on the side.

It wasn’t long after 9 a.m. when we hit the dusty trail with our dog, Peaches, leading the pack. By our calculations we should have easily made Massacre Flat by noon with wiggle room to stop and snap pictures of rocks and flowers and stuff. 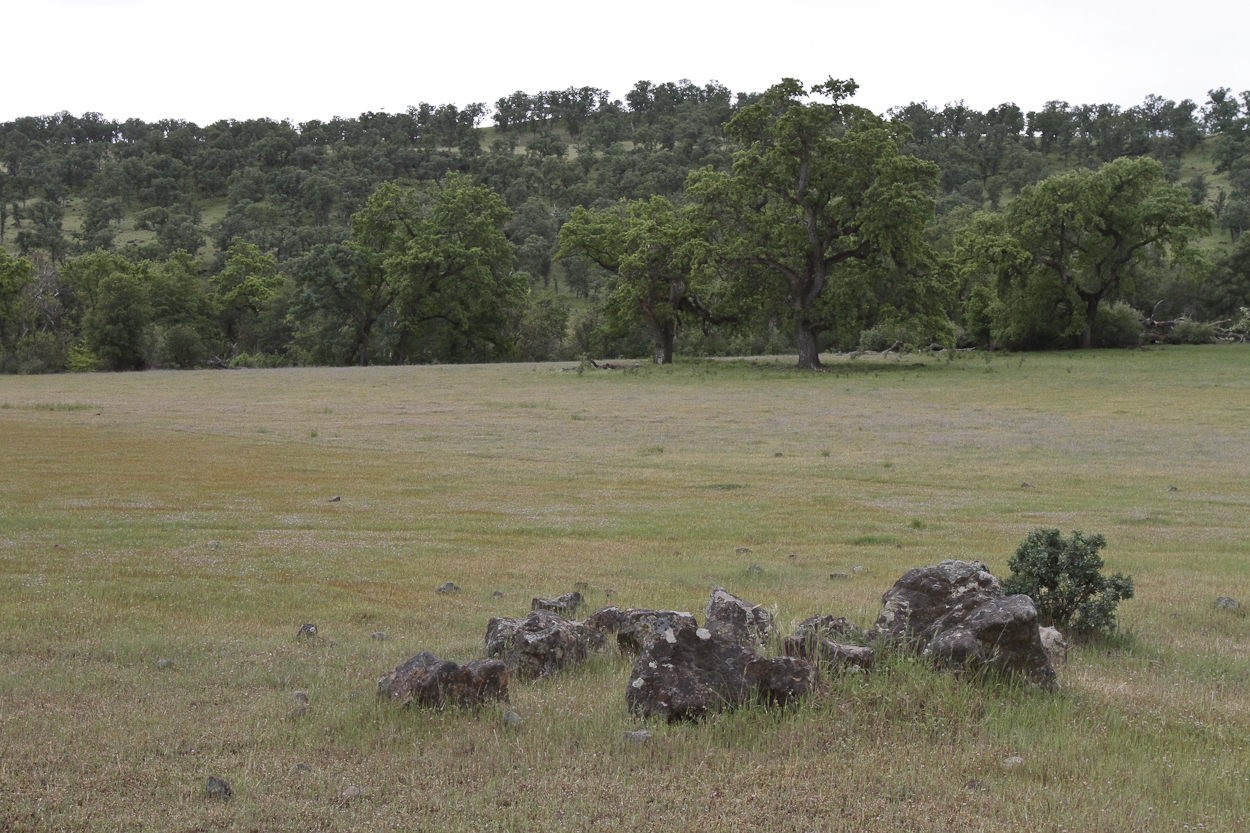 The first couple of miles were smooth sailing, mostly through low lying grasslands along the banks of the Sac. The trail rose slightly and gave way to fields of lava rock before narrowing onto a shelf between a table mountain and the river.

About three miles in there’s a strong gain of a couple hundred feet, but it’s worth the climb. Once on top, views again open to grasslands and cows graze in the distance. Only now you’re on top of a table mountain overlooking to the Sacramento River canyon below. 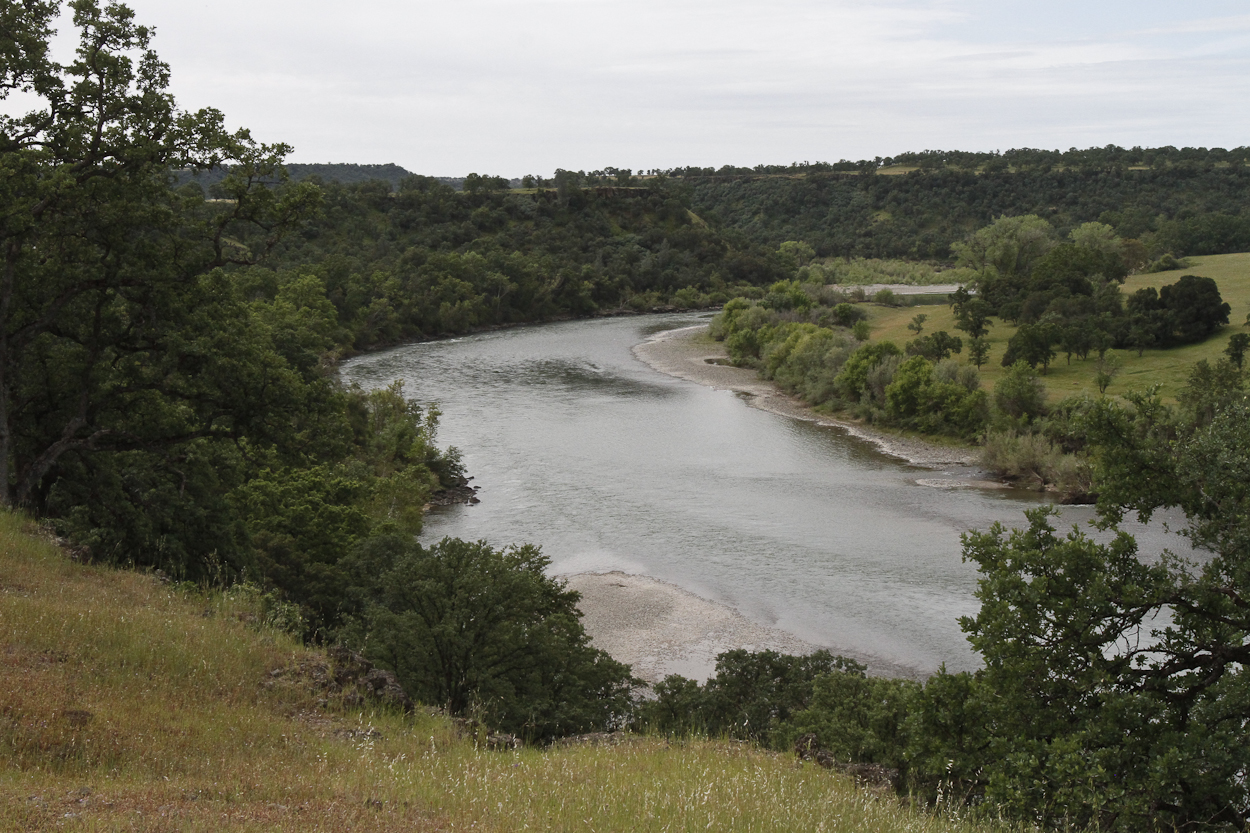 The grassy fields shift colors from red, orange, yellow, purple, green and other hues as waves of wildflowers roll past. Already the unseasonable heat has taken its toll, wilting many lupines the second week of April. But many still cling to life, and their colors still show, but a few weeks earlier and the views would surely have been even more stunning.

Things were moving along and we were on schedule to make camp by noon — but then I missed the poll.

The BLM has a ton of these white, plastic signs marked “trail,” usually with an arrow pointing the way, all along the Yana Trail at random intervals. But many of the trail spurs on the portion we hiked are not as clearly marked. The turn off for Oak Slough  (see inset A on this map) has no sign at all, and while the turn off for Massacre Flat was marked by a white fence post, I sure as hell missed it as I followed at the back of our small pack for that leg of the journey.

Fortunately there’s still cell phone reception in this part of the valley, and a quick check of the iPhone map showed we had overshot our turn off by at least a mile. If Mount Lassen comes into view, you’ve gone too far  — but the views may be worth it. What should have been a 4.5 mile hike-in just turned into a 6.5 mile trek.

Figuring out our error we doubled back. Not long after a mountain biker happened by and I asked the question. Sure enough we had missed it.

“It’s a beautiful day to get lost though,” the biker said. And that it was.

Massacre Flat is low-lying oak woodland area maybe a football field from the banks of the Sacramento River. It’s nicely shaded and covered in tall grass and cow poop this time of the year. The weather was perfect for a little hammock time, and we spent the afternoon lounging and watching the sunset dip behind the hills. The tall oaks cast long shadows across our campsite, which we happened to set up on a short unmapped hiking trails leading to a second river access point.

Turns out we weren’t the only ones with an idea to spend the nice weekend at Massacre Flat. That van from Simpson University carried about a dozen college students who spent their day setting up primitive shelters and getting graded on them. Fortunately the campground is plenty big enough to accommodate all of us and even a couple dozen more people without feeling crowded.

In the heat of summer there would be more to do at camp, mainly go swimming in the river, but in mid-April the frigid water was not calling my name. Still, we were happy with the lazy afternoon and a chance to escape our wooden box of a home. 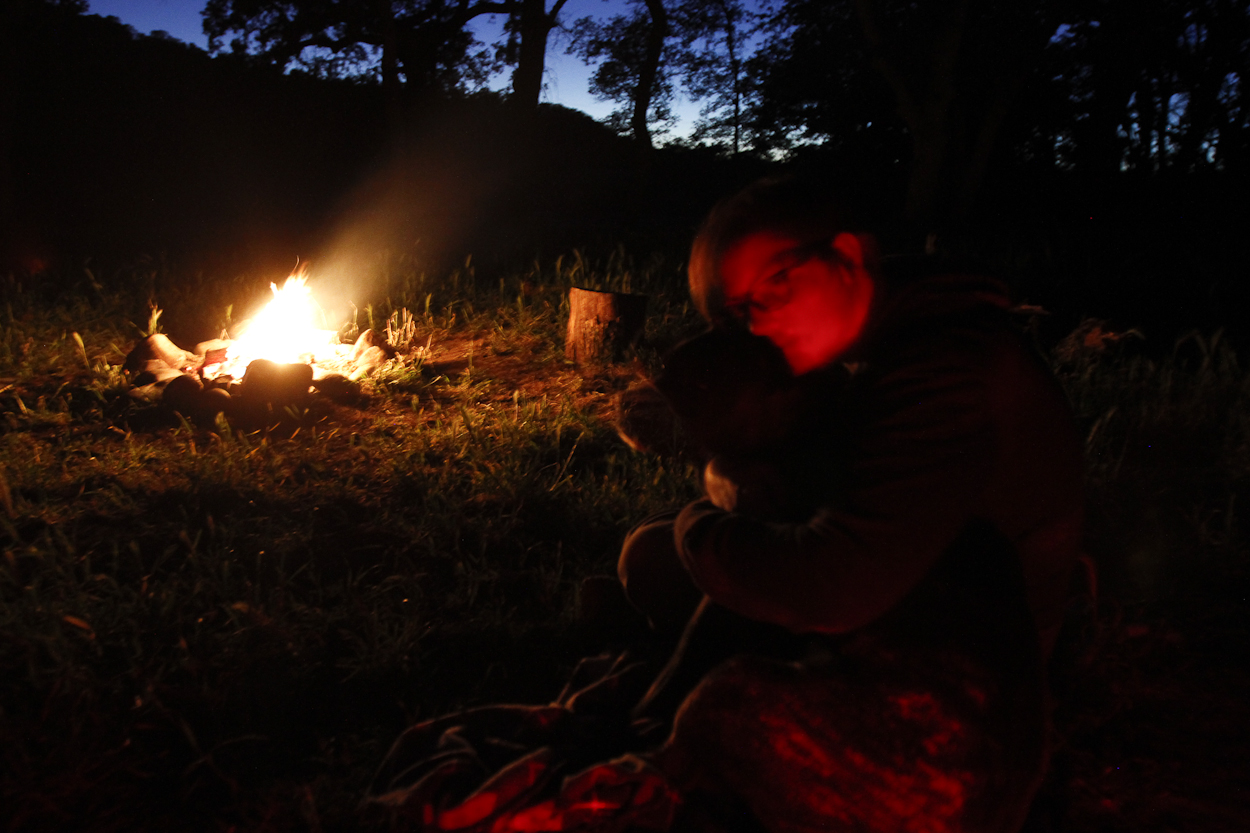 The next morning we made good time on the hike out. It was an easier hike, mostly down-hill and only 4.5 miles. We didn’t miss anything on the way out, but could have if we didn’t remember which way to go at the unmarked fork to Oak Slough. 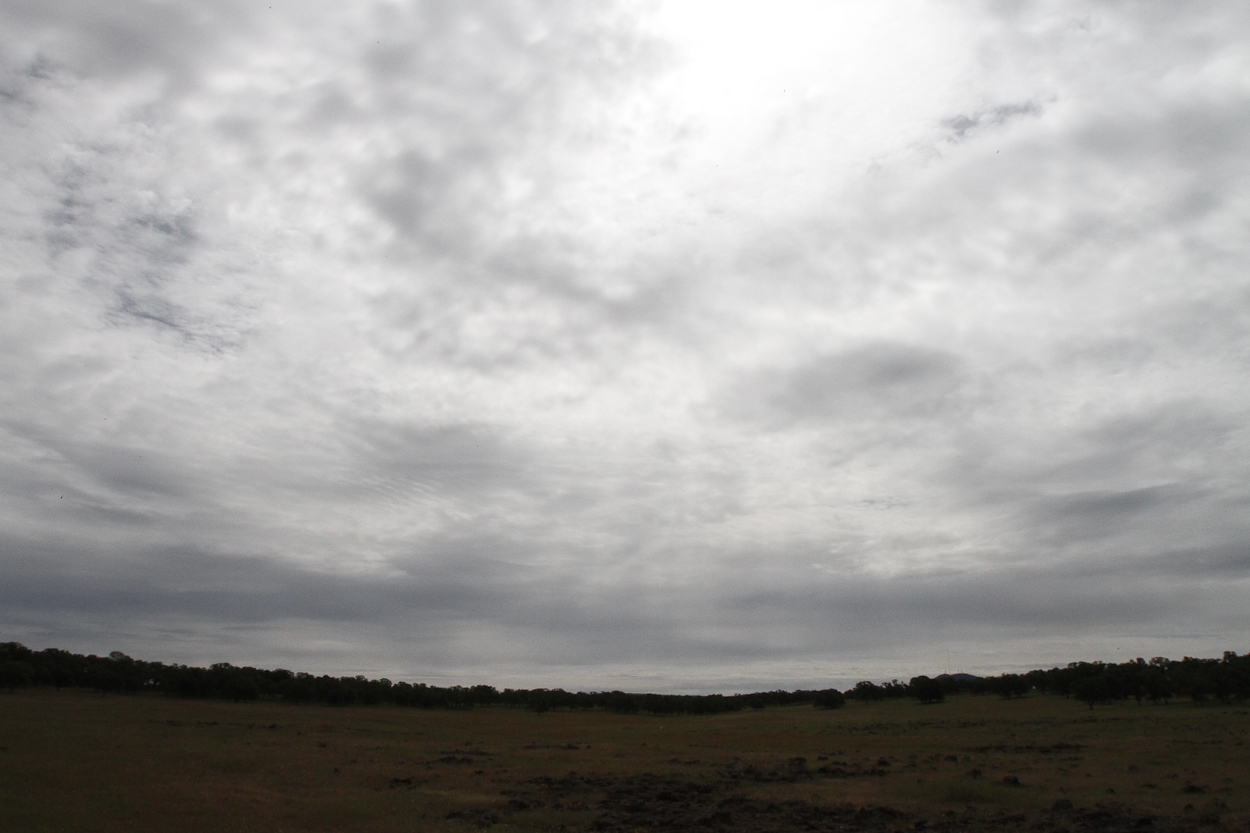 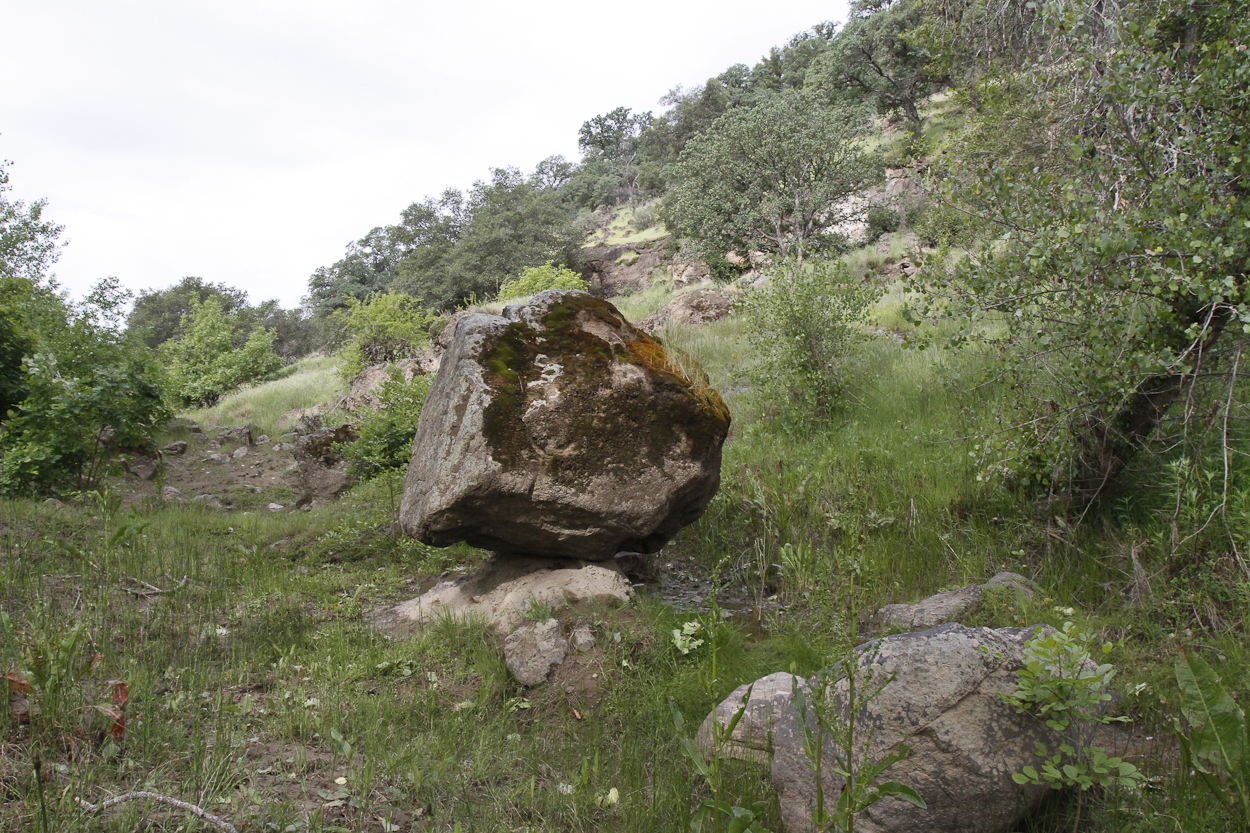 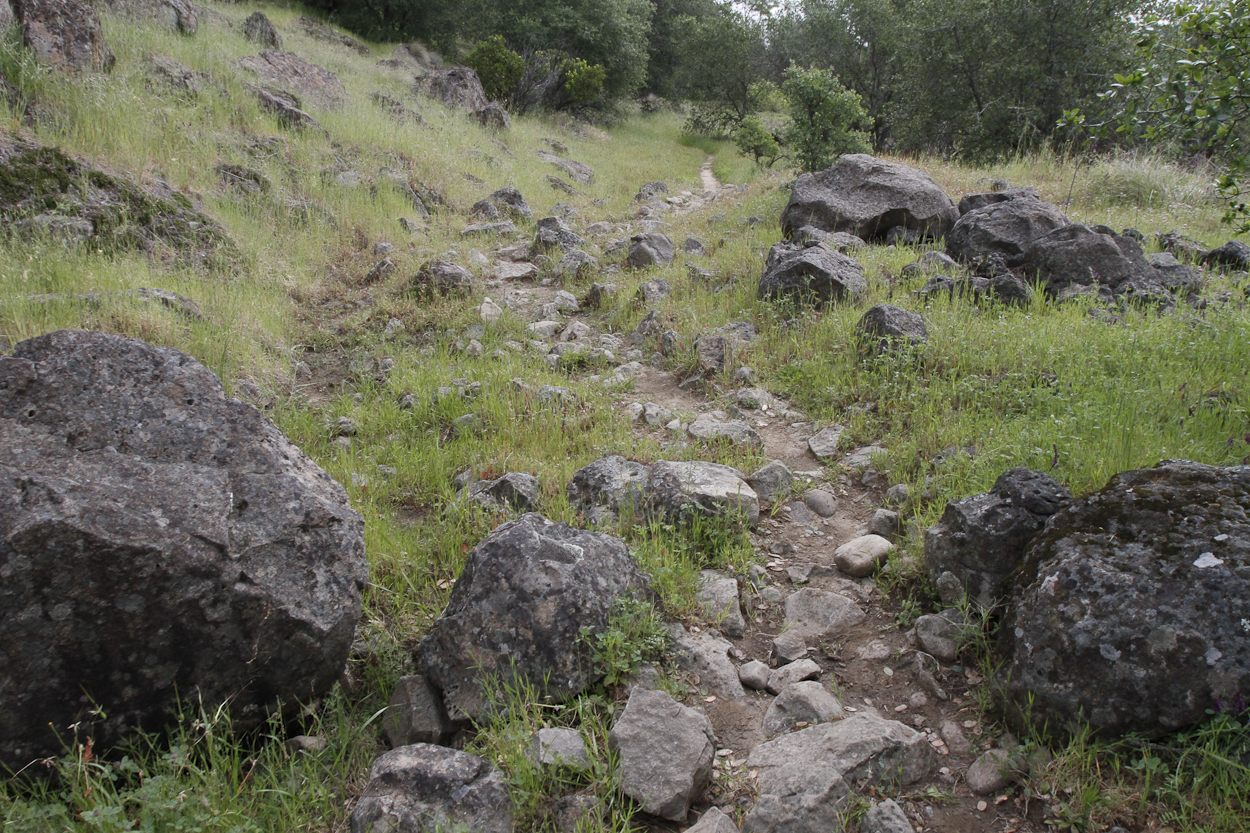 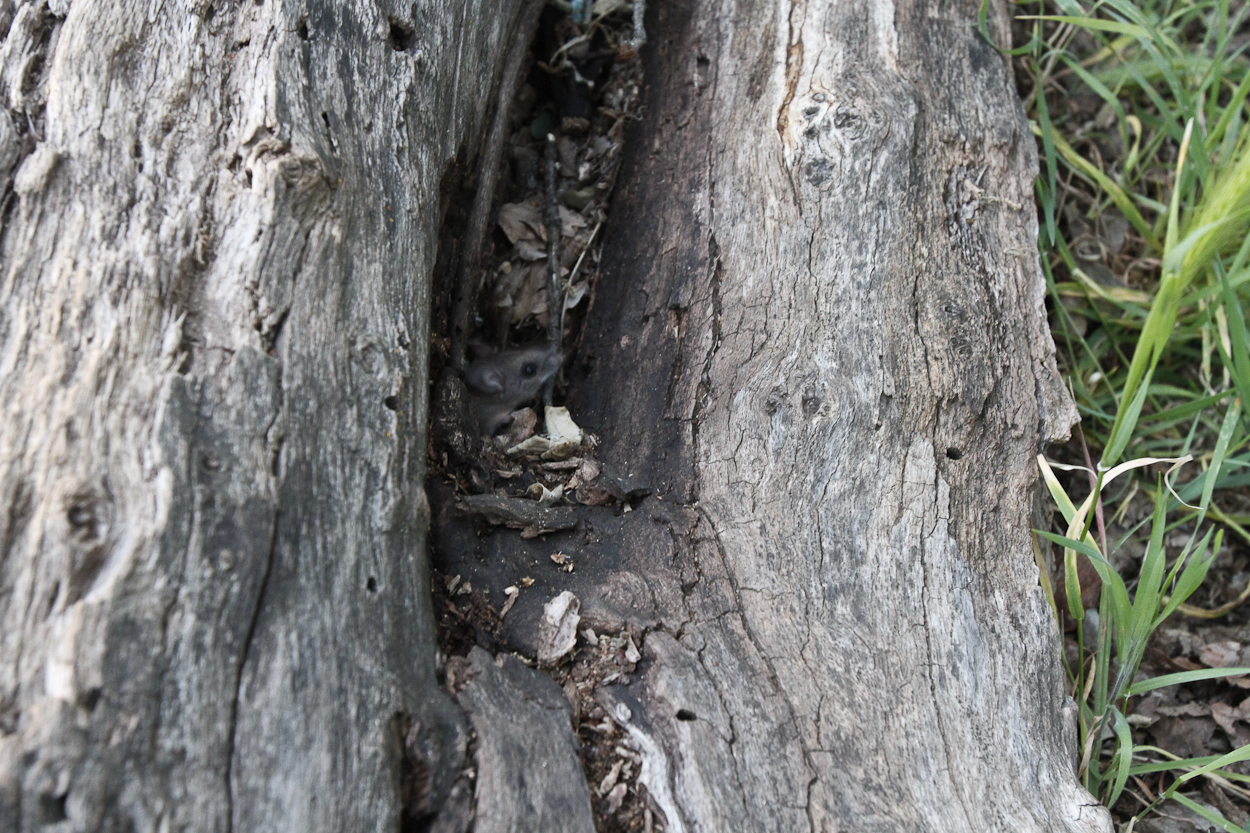 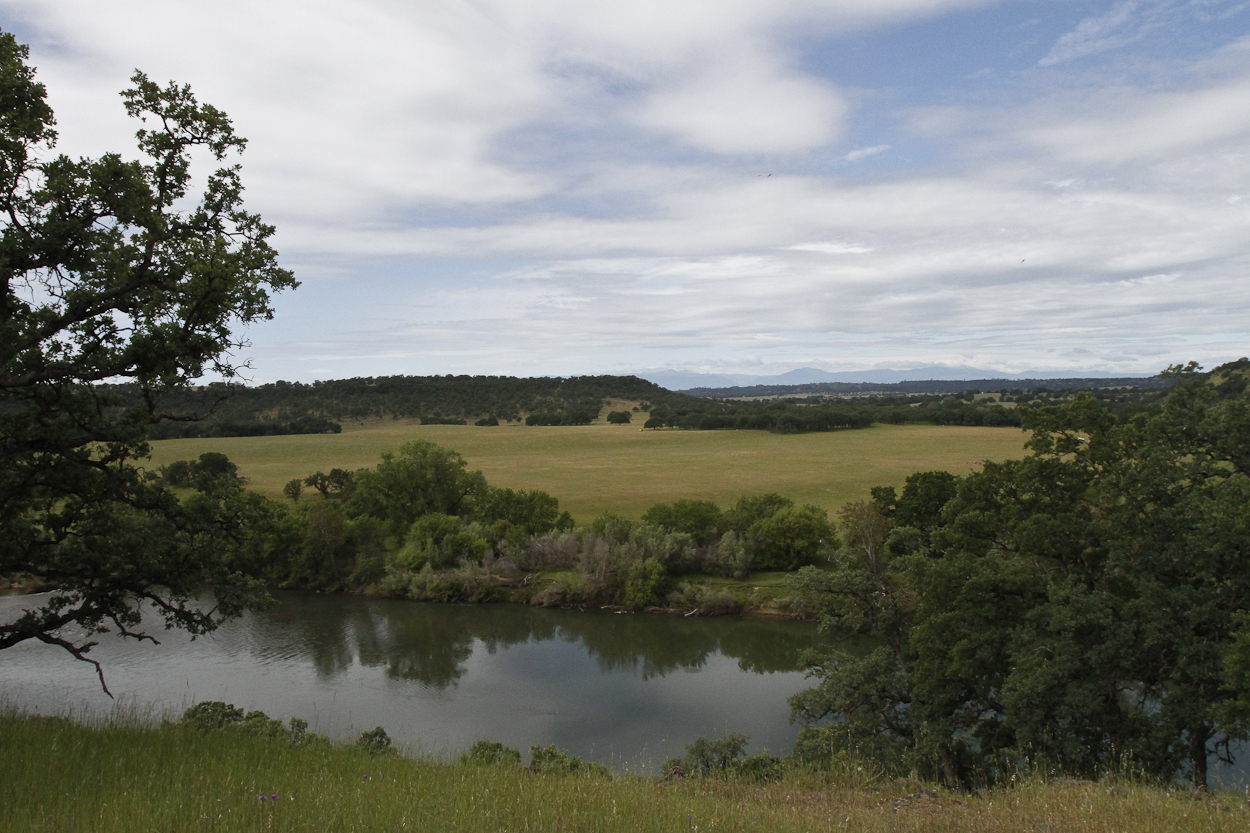 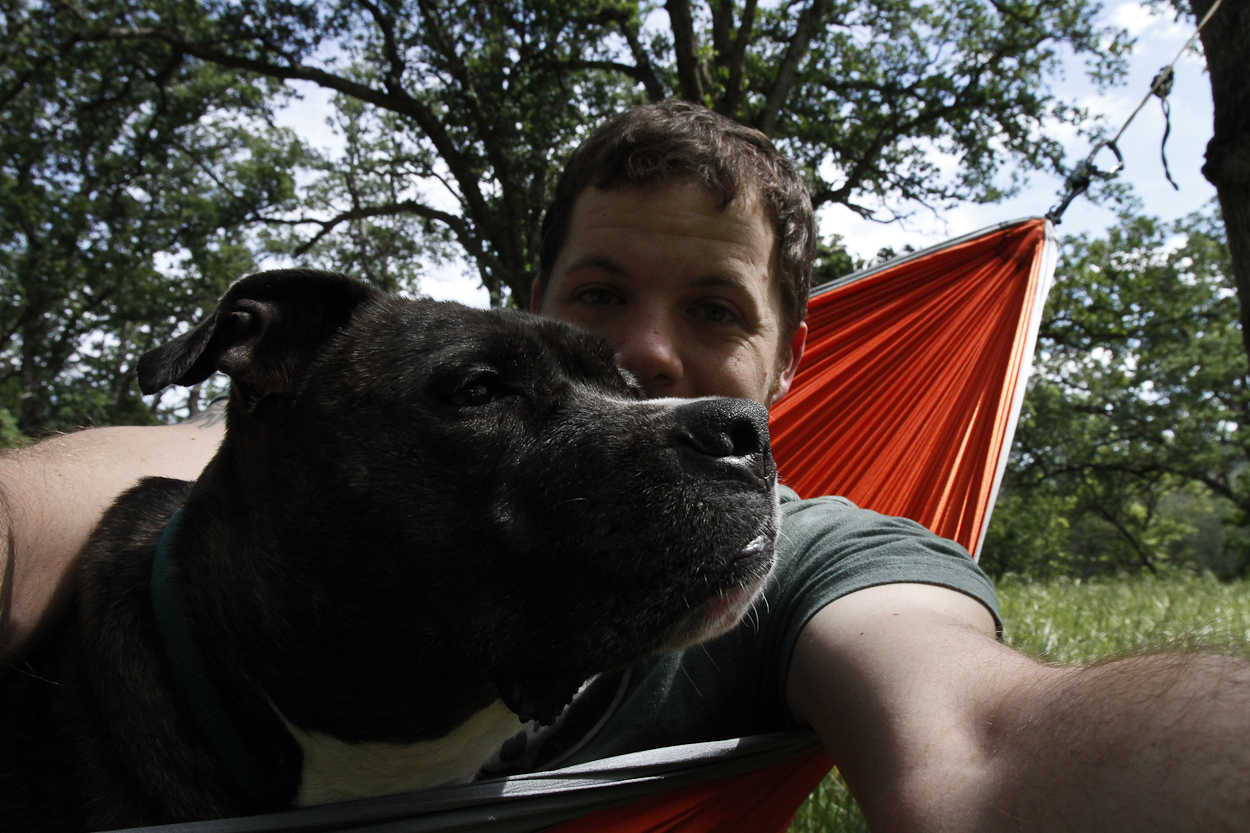 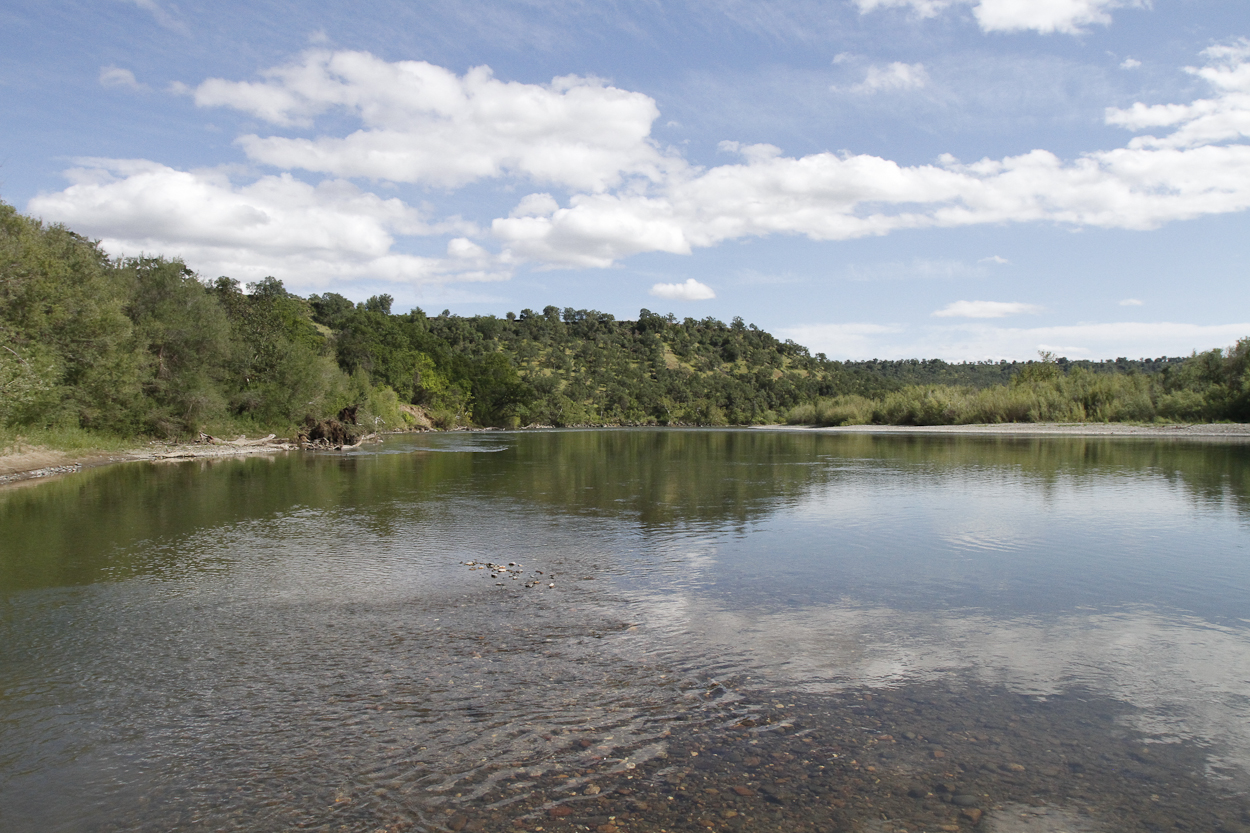 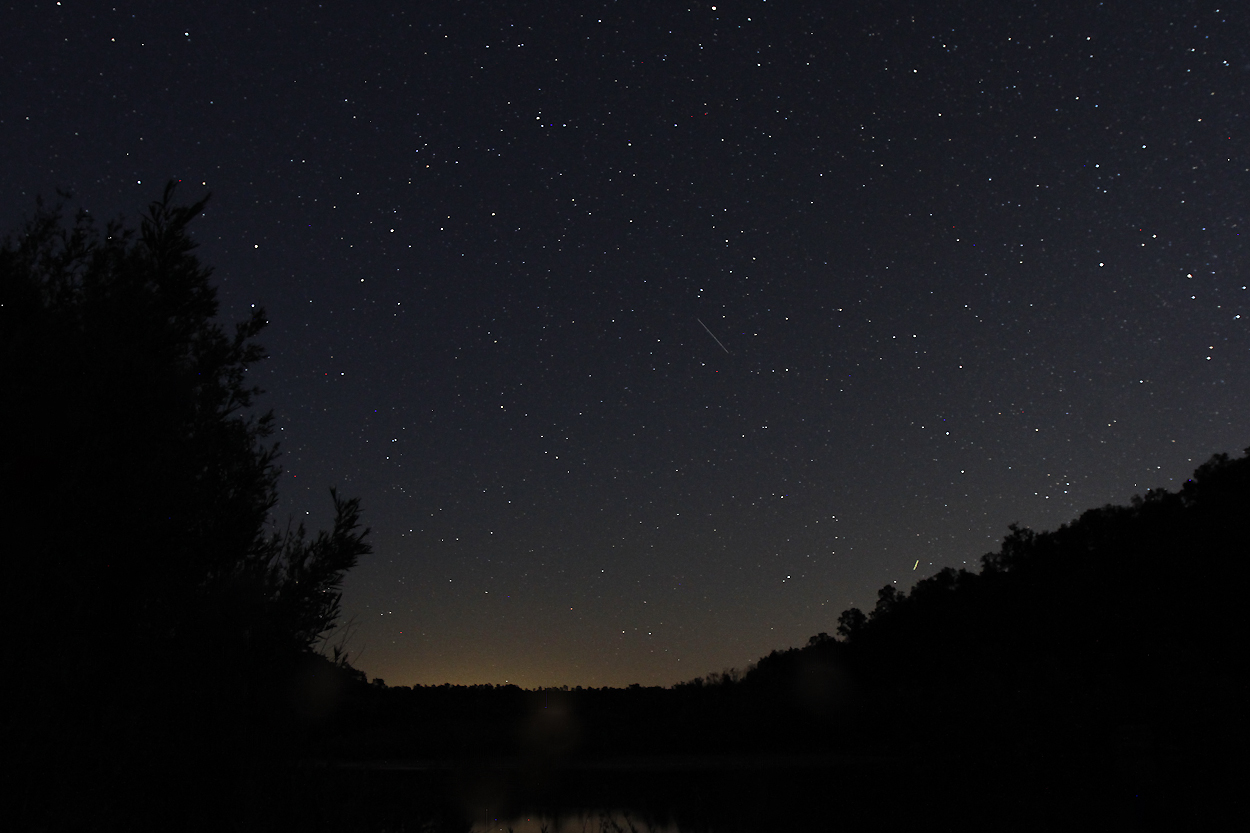